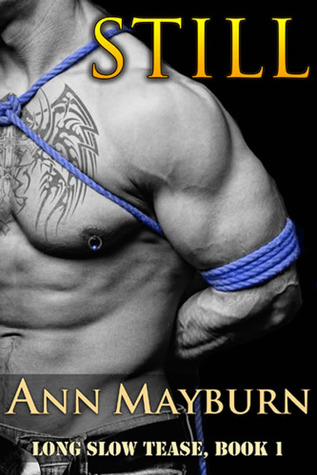 Dr. Michelle Sapphire and Gunnery Sergeant Wyatt Callahan formed an unbreakable bond and an unacknowledged, forbidden attraction to each other while serving together in Afghanistan. Their lives are forever changed when a mortar attack grievously wounds Wyatt and Michelle brings him back from the brink of death. But when they both return to the civilian world, Michelle discovers that her rock-solid Marine is suffering from severe PTSD and may even be suicidal.
Wyatt Callahan fell hard for the aristocratic blonde doctor the moment he laid eyes on her. After reentering civilian life in his hometown near Austin, Texas, Wyatt is plagued by nightmares of the death and suffering he witnessed during the war. He’d love to reach out to Michelle, but — Michelle is a Dominatrix, and she has made it very clear to Wyatt she isn’t interested in a relationship with anyone who doesn’t accept her lifestyle. An Alpha male to the core, he can't imagine the appeal of being submissive. At the same time, the idea of serving Michelle, of being everything she wants and needs, rings true in his wounded soul.
Michelle has dark secrets of her own, and together with Wyatt she will have to battle her personal demons during their emotional journey of healing, redemption, and love.

Now that I ventured, I have to say I didn't get as into the headspace as with other reads. The balance still seemed a little off, being used to it the other way around. Plus, the sexual aspect built rather slowly, and I can't say if I think it's because we have a fem-dom, who is more careful per se, or if it was just Michelle's character, or if it's plot-building aspect of style by the author. But although I wasn't perfectly comfortable in it, I am still glad I tried it and started with this, because it's not overwhelming you with a hardcore BDSM relationship. Yeah, I'm a little torn here, but I think it will be better, most likely awesome, if I re-read, or with the next installment.

That aside, I liked how detailed the story was. This was definitvely far more than just sex, but a lot more about trauma and healing. Both Michelle and Wyatt were broken souls, and although this wasn't a short read, they are still just at the beginning of their journey together. Wyatt has still alot more to learn about being a sub, and all the kinks in the BDSM world. And while Michelle is an honest person in general, she still walls a bit, I'm afraid, thus I'm smelling alot more drama and fighting coming their way. Wyatt is one hot-headed Marine and Michelle has a bit of an ice queen about her, so they are kind of a clash in characters. But they have a deep connection, and I think that they somehow can make it. Wyatt will get into his new role as a submissive, becoming a new self with a new purpose, and Michelle will hopefully find back to old self.

Well, she has her best friend Yuki and her husband/sub James to help. Seeing how troubled the main characters were, I liked that there were only those two sidekicks to come along. So far, they played small but key roles in guiding those two, but from the sneak peek into the sequel I already got, I am guessing the two might get a more prominent role in the future. I definitvely liked what I have seen of them so far.

The next installment of this new series of Mayburn's, Penance, just released a few days ago on March 6, and I am very much looking forward to reading it soon!

P.S. Re-read this March 6 (all coincidence, I swear!), and it was definitvely as awesome as I imagined and wanted it to be!