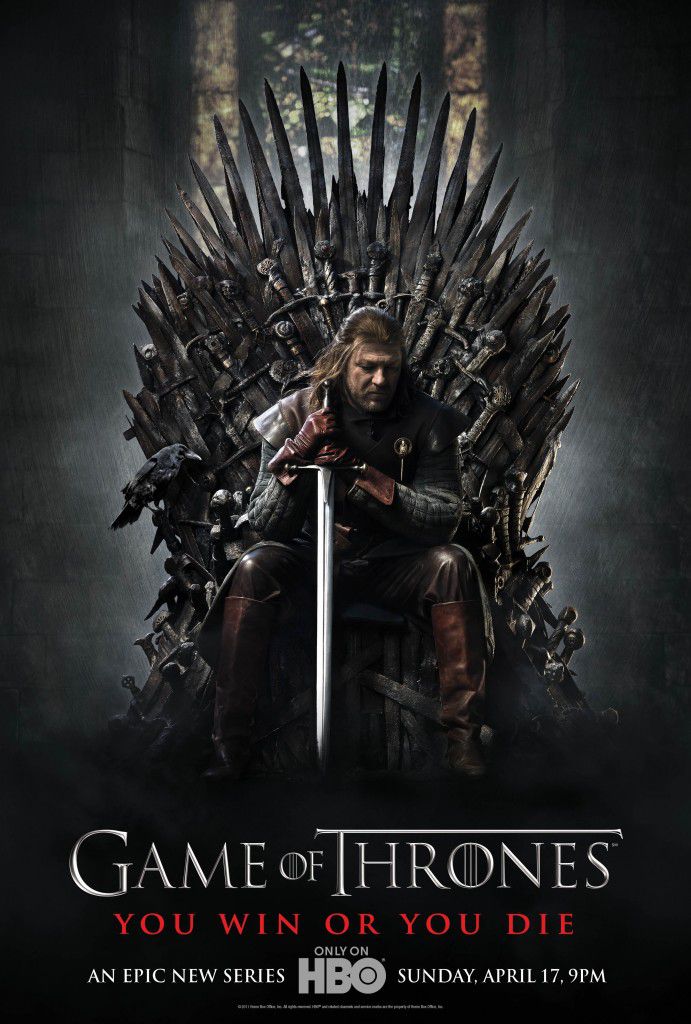 Based on A Song of Ice and Fire 1: A Game of Thrones by George R.R. Martin.

Since this is on my TBR but I'm kinda reluctant to start something this enormous and conplicated and... tangled, I thought I'd watch the series to see if I could actually like the characters and plot.
And I was positively surprised!

The Stark family is really great, especially with their connections to the Shadow wolves. I so love those puppies! I'm curious what further roles they'll play as the series goes on. But all the family members have great characters, all very different too!, I can't really pick a favorite. It was a shame about Eddard, though. He was the glue that kept them all together and coordinated, now it kinda all goes apeshit. Has me worried. *sigh*

Then there's the Lannister family... Yikes, they're the perfect antagonists! I admit I like Tyrion because he handles himself very well although he's despised by many, I'd actually count him as one of the good guys. And I hate Joffrey, that little wimp, even more than his sheming, insolent mother - and she's definitively a lot to hate! She and Jamie are just... urgh, you know? I can understand their train of thought, but it's still not sitting well. Joffrey could've turned out differently if exposed to better influences, I think. I'm not so sure if he still has a chance to change his ways, though. Maybe if he spends a little more quality time with Sansa? I think the girl is more her father than she let on til now. Those two are a very interesting combination now, anyways. Curious how this will be developing!

The Targaryens... What can I say? Viserys was a total failure, only thing I liked about him was is cause of death, hihi. On the contrary, Daenerys is just awesome. How she turns from timid and obedient into the Khaleesi and Mother of Dragons. She wasn't simply accepting her fate, no, she really took the goddamn lemons that were thrown at her and made lemonade. And then she flavored it so that now people wrestle over it. It was a shame about Drogo, though. Those two were very interesting together.