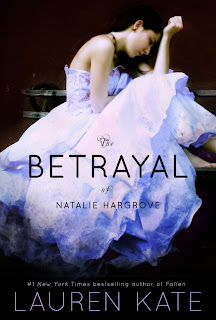 Goodreads Blurb: A steamy Southern beauty makes one fatal mistake
Natalie Hargrove would kill to be her high school's Palmetto Princess. But her boyfriend Mike King doesn't share her dream and risks losing the honor of Palmetto Prince to Natalie's nemesis, Justin Balmer. So she convinces Mike to help play a prank on Justin. . . one that goes terribly wrong. They tie him to the front of the church after a party - when they arrive the next morning, Justin is dead.
From blackmail to buried desire, dark secrets to darker deeds, Natalie unravels. She never should've messed with fate. Fate is the one thing more twisted than Natalie Hargrove.
Cruel Intentions meets Macbeth in this seductive, riveting tale of conscience and consequence.

Truth be told, I am not so sure what to think about this book. It was't some intriguing, amazing read, but it had something to it... something simply tragic, that just makes it sad.
The writing style was a bit difficult for me from the vocab-side because there were so many American-only references and high society teenie things that I had a hard time to or didn't get at all. However, that's only my own incapability, because the style in itself was great. I thought the use of that language, even though I struggled with it, was great and a perfect fit for the plot. I'm sure English, especially American teen girls would love it!
The plot was... plain, actually, as were the characters. It was just too short a book to fan it all out properly, I guess. However, that simplicity carries along the message of the book all too well, so you can't downgrade too much there. Yet, I still think it was nothing that sticks to your mind for too long, although the potential had been there. Well, maybe not for a high school senior, but... I don't know, it was just enough to shrug my shoulders and move on to the next read, but also not so bad that I could say it was a total waste of my time...