Return of the Ascendent Launch

Today celebrates the release of Return of the Ascendant (The Ascendant Series #1) by Raine Thomas. Some of you may have had the chance to read this book in the Curses, Fates & Soul Mates box set, or the prequel short story in the Take Me to Your Reader anthology. If so, you'll be excited to know that Raine has written two entirely new chapters that will only appear in this version of ROTA. You won't want to miss them!

To celebrate ROTA's launch, Raine is offering the novel for only 99 cents until April 15th. She's also hosting a fun giveaway, so be sure to enter below! First, let's learn a little more about the book, including how you can grab your copy before the sale ends: 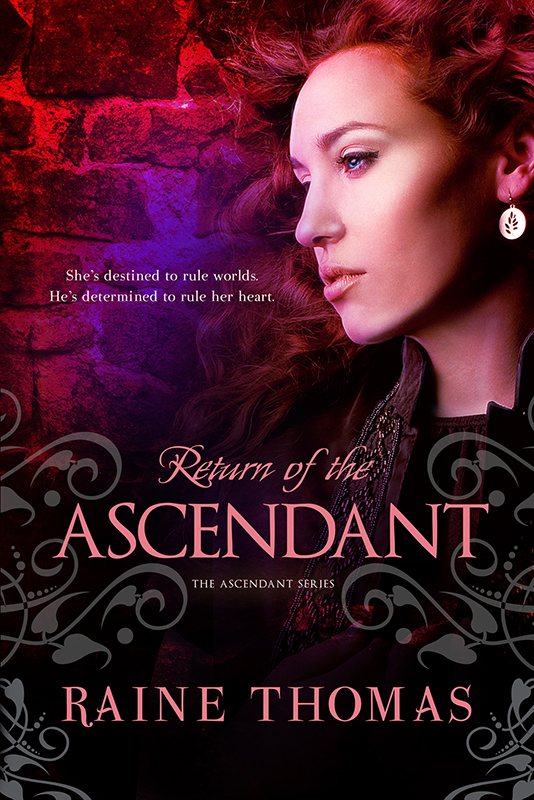 Expecting to enjoy another typical college night at a frat party with friends, Kyra Vaughn’s plans derail when she’s almost killed…twice. Her savior, a tall, sexy stranger who calls himself TaeDane, claims that he’s the personal bodyguard for the Ascendant of Alametria. She’s convinced he’s crazy.

Especially when he insists that she’s the Ascendant.

With dark enemies hunting her down, Kyra has no choice but to trust her supposed bodyguard. Ty vows to help her remember her past and return her safely to Alametria, but someone seems intent on interfering, challenging his abilities at every turn.

As Kyra’s memories emerge, she remembers that Ty is more to her than he’s let on…much more than he’s allowed to be. She’ll also discover that there are many things about her planet and herself that she’d rather forget. In the end, she’ll have to make a choice: cling to the life she knows, or risk it all to become the person she’s destined to be.

Check out the "Teaser" Trailer by Flat-Line Films:

>> The Rafflecopter Giveaway is OVER. The winner(s) have been chosen and announced. Congratulations! <<

3 thoughts on “Return of the Ascendent Launch”