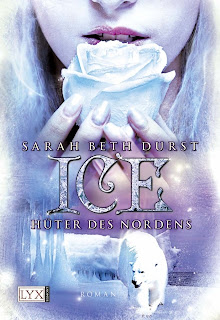 Goodreads Blurb: When Cassie was a little
girl, her grandmother told her a fairy tale about her mother, who made a deal with the Polar Bear King and was swept away to the ends of the earth. Now that Cassie is older, she knows the story was a nice way of saying her mother had died. Cassie lives with her father at an Arctic research station, is determined to become a scientist, and has no time for make-believe.
Then, on her eighteenth birthday, Cassie comes face-to-face with a polar bear who speaks to her. He tells her that her mother is alive, imprisoned at the ends of the earth. And he can bring her back — if Cassie will agree to be his bride.
That is the beginning of Cassie's own real-life fairy tale, one that sends her on an unbelievable journey across the brutal Arctic, through the Canadian boreal forest, and on the back of the North Wind to the land east of the sun and west of the moon. Before it is over, the world she knows will be swept away, and everything she holds dear will be taken from her — until she discovers the true meaning of love and family in the magical realm of Ice.

My Review:
I bought this book solemly for it's AMAZING cover. I know, I know, usually not the best approach, but since you all swooned over it too, I am kinda off the hook, right? x) Btw, the cover did the story justice in it's icy beauty, so there!
First thing you must know: Cassie was an amazing heroine! She wasn't princess waiting around to be rescued although she had no clue what exactly she was doing, plus having no powers of her own, she just let her instincs - and her iron will - take over. Plus, she was really smart one, figuring out the rules she had to play by, and adjusting her strategy to it, so you could make the people with powers help her (that was "survival of the fittest" played out live!), plus solving the big mystery in the end. Add passion, knowing what she wants and working to get it, determination to go through with what she started, indignation to giving up... Sure, she had her whiny moments too, but she sure pulled through, with no motivation from anyone but herself.Sadly, you didn't get much from any other characters, especially her love interest. It surprised me a little, I have to admit, because this makes it not your typical mystical creature/human romance. Actually, I think love got a little cut short in this, given the current standard, but although I guess it was okay for the story, it made me wish for more of an epilogue. I'd like to borrow the one from Harry Potter and put it there, thank you very much!
As for the story, I really liked it. Although it didn't stike me as something totally special and awesome, probably due to the writing style, I still felt that it played out quite nicely. The first 2/3 were almost... ordinary if you compare it to some other fantasy or supernatural stories going around. The last thrid was a little.. well, unrealistcally overboard compared to the rest, but I guess it had to be this way in order for the ending to happen.

Related posts: In Her Shoes #6