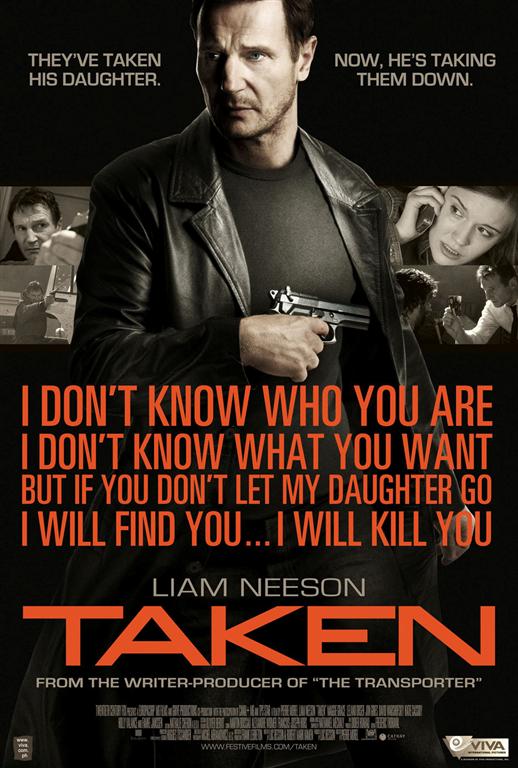 Former CIA operative Bryan Mills follows his daughter to France to rescue her from human trafficers.

I love me some Liam Neeson, he's such a great actor. No matter if rather tactial or full-out in action like in this one. But the cast is good in general, as is the plot. Loads of action and also some emotion, really in the style of the Transporter movies. And because it's slightly older Liam Neeson, he doesn't need to take his shirt off or make unrealistic fighting stunts to be awesome. ^^ The family of the trafficers Bryan killed in the first movie are Albanian mob, and they want revenge on him. As they capture his ex-wife Lenny and him, it's onto Kim to help him out.

I think this is one of the few movies where the hero gets into a pitch and does not get out all by himself. Have to love that. Kim's role in this is big, and that Lenny also has to do a part in this is awesome. This has a little less hand-to-hand action, but this time there's car chases, and a tiny bit more romance.