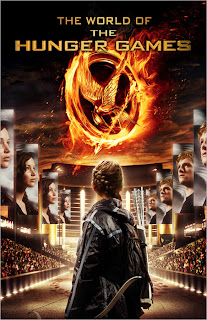 Summary: 17-year-old Katniss Everdeen takes the place of her younger sister Prim in this years Hunger Games - an arena fight of 12 x 2 district tributes to the death. Going with her will be her district's male tribute, Peeta Mallark who'd already saved her life once, and their constantly drunk mentor Haymitch. However, both Peeta and Katniss have the will to fight, thus Haymitch agrees to help. The strategy: Presenting his tributes as the star-crossed lovers from District 12 to make the 74th Hunger Games an unforgettable spectacle.

I know I wasn't the only one looking forward to this ^^, and I have to say it's been the nicest book-to-movie production for a while. I was a little frowning in the beginning, because it just so not matched the book at all, but once the plot rolled from the capitol and in the games, it was really, really good, just as the book. However, I -and many others, I believe- missed to hear Katniss's thoughts throughout the events. It's a first person narrator book, hello? They made the same mistake as in the first Twilight movie, although in The Hunger Games you have plenty of 'dramatic' mute moments where you only see Katniss moving. Why was it so hard to have her say a few lines in that time, huh? Plus, at times the camera work was made to be near, get the shock pumping through your veins, but on a huge cinema screen, it gives you problems not to throw up your popcorn... Very unnecessary in the beginning, they should've let Katniss talk from the off and save that swaying for the arena - there it was perfect.
Alright, I'll stop ranting. Uhm, the actors were chosen well, I think. I guess Peeta could've been a bit more of a challenge to Gale in looks, but oh well. He played it good. But what I noticed was that they prettied up the circumstances in 12 like hell. People didn't look that suffering, I tell you. Kills the drama for the thrid movie a bit, but I guess movie makers do not think that far ahead.

> read my review of the book <