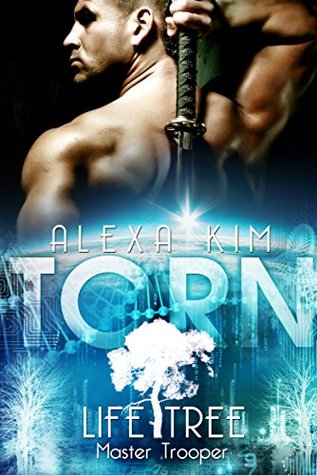 Book 1 of the German Bestselling Master Trooper Series now available in English!!! And for a few more days, only $1,99! (Careful: 18+ only)

Betrayed by her boyfriend and sentenced to penal servitude for drug possession, Larona finds herself among several other women en route to the convict colony on Mars. Turns out it’s not Mars they land on, but planet Terra Alpha, where the women are to be part of a research project.
There, Larona is chosen for program INBREED – she’s to bear the child of a Master Trooper. Her body is no longer hers, but a possession of Life Tree. Upon meeting Torn, who seems to have no qualms about carrying out Life Tree’s orders, Larona is absolutely desperate…

Torn has proven himself as above-average in combat and every test. That’s why he was chosen for program INBREED – to pass on his genes – a task others envy him for because it means luxury in between tours: vacation time, good food, and clean women.
Torn never had any reason to doubt Life Tree, and especially INBREED is a duty he enjoys. To him, women just serve to satisfy a bodily need… but it’s different with Larona. When she tries to kill herself, Torn starts to question Life Tree. Because he’s developing feelings for Larona that he, as a Master Trooper, isn’t even supposed to have…

Why I am waiting on this? So this is already out, and it's just me shamelessly advertising my latest project here, hoping a few of you guys might check it out and/or tell friends about it who could be interested. I'd love you for all kinds of sharing, of course! Tweet @RogueBooks, and tag me and Alexa Kim on Facebook!

Additional Question! Have you ever read a translated book before? For Germans, it's pretty common to get all kinds of translations, mostly English and French, starting in school. Just think Shakespeare. But with English as your mother tongue... I'm curious! You know some foreign authors?